What is Participant Observation?

When immersing yourself into a new culture, the best way to learn about that culture is through participant observation. This resource focuses specifically on how to do this effectively. There are five main parts of the observation life-cycle: Observe, Describe, Hypothesize, Evaluate, and Apply. This resource is good for people who are planning to jump into the missionary field.

Missionaries Mike and Michelle had been in country for six months.  At first everything was exciting!  The food, the music, and the celebrations were all so interesting. They were welcomed enthusiastically by their teammates and the nationals alike. They know they are in the right place and are anxious for their language skills to catch up to the desire that they have to share the gospel with neighbors.

However, lately things have become so confusing. They can’t figure out the public transportation system, they don’t know what the social cues mean, and even the simple greetings they have learned have led to embarrassing offenses.  How can Mike and Michelle make sense out of the confusion?

An ethnography is an in-depth, descriptive study of a culture, based on observation of and interaction with people.  This may be done through reading academic research on the culture (literature review), or by asking questions about culture (interviews). But probably the best way to understand a new culture is through what is called “participant observation.” This is a technique used in anthropology and sociology, by which someone from outside the culture (a participant observer) studies the life of a group by sharing in its activities. It involves learning from people, finding out what makes them tick, expressing interest in the things that are important to them, and inviting them to teach you to see the world from their point of view.

1.    Intentionality: Human nature may tend to be passive and even inattentive in a new situation. But in doing participant observation, we will be disciplining ourselves to pay attention and to record our observations in order to think about what it means.

2.    Withholding judgement: The common tendency is to interpret and evaluate behaviors too quickly. Without sufficient information, those new to a culture will draw conclusions based on their previous culture.  The Ethnographic Research Cycle (below) involves observing, describing, hypothesizing, evaluating, applying and observing again toward an ever deepening understanding of the culture.

I had made many trips to Southeast Asia to train pastors. On this trip the training seemed to be going especially well. Then, while walking in the local market with the students, Pastor Tran took my hand. I thought he merely wanted my attention and motioned for the translator. But I was wrong. Tran wanted to walk hand in hand through the market with me. Based on my expectations and previous cultural experience, this made me uncomfortable. But I withheld judgment and later found out that this was a very kind gesture and perfectly normal for heterosexual men.

3.    Seeking insiders’ perspective: The goal is to get an insider’s point of view. We do this through participant observation as well as friendly conversations. This means you need to listen to the right people – the insiders, not necessarily the Christians or the other expatriates. 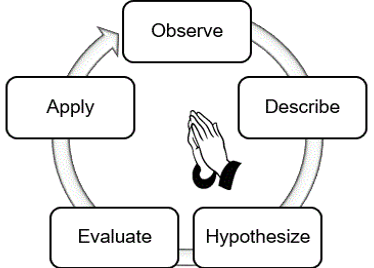 Remember you want to withhold judgement and describe things as objectively as you can. For example: “The man is angry” is judgmental for a participant observer. “That man is talking loudly” is appropriate. Likewise, “the woman is not friendly” would be better said as “the woman does not speak as often as others.”

There are no reviews yet.

Only logged in customers who have purchased this product may leave a review.

As disciples of Jesus we are called to continually grow, learn, serve, and be fruitful in ways that bring glory to God. Grow2Serve exists to help people fulfill this calling through learning and are passionate about helping that calling be a reality.

View more resources from this partner